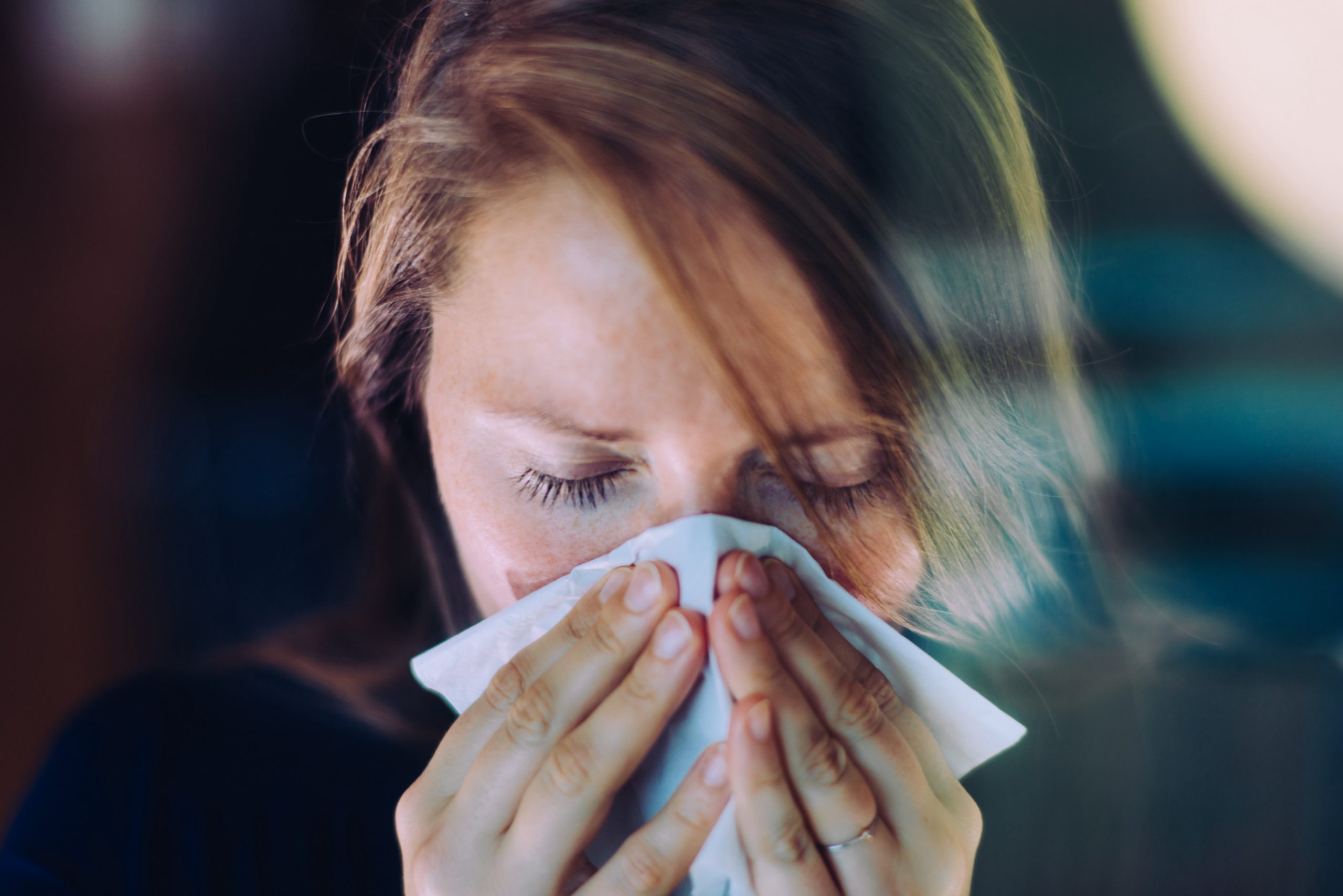 How to Tell If You Have the Flu, Coronavirus, or Something Else

The first sign of a scratchy throat is scientifically known to be accompanied by an “uh-oh” sensation, followed by the ironic hope that it’s “just a cold,” because otherwise it could be the onset of a disabling flu, the looming coronavirus, or some other infectious disease affecting the upper airways.

“Because colds and flu share many symptoms, it can be difficult (or even impossible) to tell the difference between them based on symptoms alone,” according to the U.S. Centers for Disease Control and Prevention. But in fact, the CDC’s own lists of symptoms for the two diseases draw notable distinctions in typical cases.

Symptoms of the new coronavirus, COVID-19, can indeed be difficult to distinguish from flu symptoms, but researchers are beginning to see some telltale signs. Meanwhile, people often misidentify short-lived, intense norovirus infections as the “stomach flu.”

There are distinct differences in the most likely symptoms of various viral infections and how fast they come on.

So, how do you know whether to call a doctor immediately or just settle in with a good book and some chicken soup?

There are distinct differences in themost likely symptoms of various virus infections and how fast they come on. This chart — and the deeper explanations below on four viruses getting a lot of attention these days — can’t replace a doctor’s diagnosis, but they may help you contemplate what you’re in for. If you have questions or concerns, consult a health care professional, and don’t let an unknown disease fester.

Colds are caused by more than 200 different viruses, including strains of coronavirus and, more commonly, rhinoviruses. While miserable and exceedingly common, a cold is rarely as debilitating as the flu.

Each year, a typical adult will catch two or three colds. Young children can get six or more annually.

A gradual progression often starting with a sore throat, leading to sneezing, runny nose, stuffiness, and the annoying postnasal drip (that’s mucus running down your throat, attempting to wash the infection away).

Colds are much less likely to cause serious complications compared to the flu, but they can lead to ear infections, sinus infections, or, more rarely, bronchitis, pneumonia, or other secondary infections — all of which need medical treatment. Colds can also trigger or exacerbate asthma.

One to two days before symptoms appear and then until all symptoms are gone, as much as two weeks from the onset.

Despite understandable fears of outbreaks like coronavirus, various strains of the flu — there are 29 different subtypes — cause far more deaths every year than most other viral outbreaks do across several years.

Quick onset of fever over 100.4 degrees Fahrenheit, aching muscles, and chills are the characteristic signs.

Ear and sinus infections, pneumonia, worsening of chronic medical conditions, and death. As with other viruses, the flu tends to be most problematic for the young, the old, and anyone with a compromised immune system.

Cold and flu viruses can survive for 15 to 20 minutes on the skin and several hours on hard surfaces.

One day before symptoms start, and then for three to seven more days.

This fast-acting germ, often incorrectly called “stomach flu,” inflames the stomach or intestines and leads to intense but typically short-lived gastrointestinal discomfort. It’s the leading cause of outbreaks of food poisoning in the United States (more common than bacterial outbreaks from salmonella or E. coli).

About 20 million Americans, or 6% of the population, suffer an acute case of norovirus-induced gastroenteritis each year.

Unlike cold or flu viruses, norovirus brings on sudden, often severe and frequent vomiting and/or diarrhea.

Most notoriously through human poop and vomit (including airborne puke droplets). A droplet of diarrhea the size of a pinhead can contain enough norovirus particles to make someone else sick. The disease is often transmitted by food harvested in contaminated water, or it’s passed along at a restaurant or at home by an infected person preparing food served raw or touching food after it’s cooked.

Before symptoms start and up to two weeks after recovery.

Symptoms of the new coronavirus, called COVID-19, are virtually indistinguishable from influenza, health experts say so far, and can range from mild and even almost unnoticed for some people to severe and deadly for others. (Scientists can’t yet explain why, but such varied reactions also occur with other viral diseases.)

Extremely rare in the United States as of this writing. If COVID-19 is not widespread where you live or visit, then your odds of having it are next to nil.

Fever, cough, and shortness of breath.

Through the air from a cough or sneeze, from hard surfaces, and via close contact with an infected person (within six feet, the CDC says). Also, apparently in human feces, according to a study published February 17 in the journal Emerging Microbes and Infections, plus one other previous study and another one announced since. Researchers fear that the spread through poop and the potential for the disease to cause diarrhea could be aiding rapid transmission.

Possibly before symptoms start, but mostly when symptoms are present. (The specifics are not yet known to science.)

Because the COVID-19 coronavirus emerged only in December, the CDC has yet to pin down the various symptoms, or their prevalence, beyond the three most common. “We do not have any more specifics at this time, because there has been a range of possible symptoms for people with COVID-19,” CDC spokesperson Richard Quartarone tells Elemental.

However, researchers recently studied 138 people with advanced cases of the virus who had been hospitalized with pneumonia after being infected with COVID-19 in Wuhan, China. The research, published February 7 in JAMA, revealed preliminary data showing the percentage of patients with these symptoms:

But these were patients with severe symptoms, and nearly half of them had preexisting medical conditions, including hypertension, diabetes, and heart disease, so the figures may not represent how the disease typically manifests in healthy individuals.

A big caveat to all symptom spotting: No given disease presents the same in each person or each case, and there are many different strains of cold, flu, and norovirus with different degrees of impact. Sometimes fever does not accompany influenza, for example. Symptoms that are rare can occur. Children, the elderly, and anyone with existing health issues may experience more severe symptoms than others. Among the list of a dozen serious symptoms that should trigger immediate medical attention:

And there are, of course, many other diseases that may seem cold- or flu-like at the outset but require prompt medical attention. Among them:

Seasonal allergies can also mimic cold and flu symptoms. But they’re often marked by itchy, watery eyes, which are not common to colds, the flu, or other infectious diseases. Allergies do not trigger headaches or muscle aches. And, of course, allergies can last weeks.

Spread the word, not the virus

Viruses have evolved over millions of years to be supremely capable of surviving outside a host and infecting another — to go viral — simply by floating through the air inside the mucus of a cough or sneeze. Even talking can unleash virus-containing droplets seeking a new host. “These droplets can land in the mouths or noses of people who are nearby or possibly be inhaled into the lungs,” the CDC says.

Viruses can also spread when an infected person touches their face and then shakes a hand, turns a doorknob, or prepares food. Cold and flu viruses can survive for 15 to 20 minutes on the skin and several hours on hard surfaces. New research on COVID-19 suggests this coronavirus might survive for a few days on surfaces.

If you think you’re getting sick, or if you have a fever or are coughing, sneezing or vomiting:

If you feel desperately ill, have any of the serious signs mentioned above, or suspect coronavirus because you visited an area with an outbreak or have been around someone diagnosed with the disease, put down that great book, forget the chicken soup, and call your doctor immediately or get to an emergency room.

The coronavirus outbreak is rapidly evolving. To stay informed, check the U.S. Centers for Disease Control and Prevention as well as your local health department for updates. If you’re feeling emotionally overwhelmed, reach out to the Crisis Text Line.