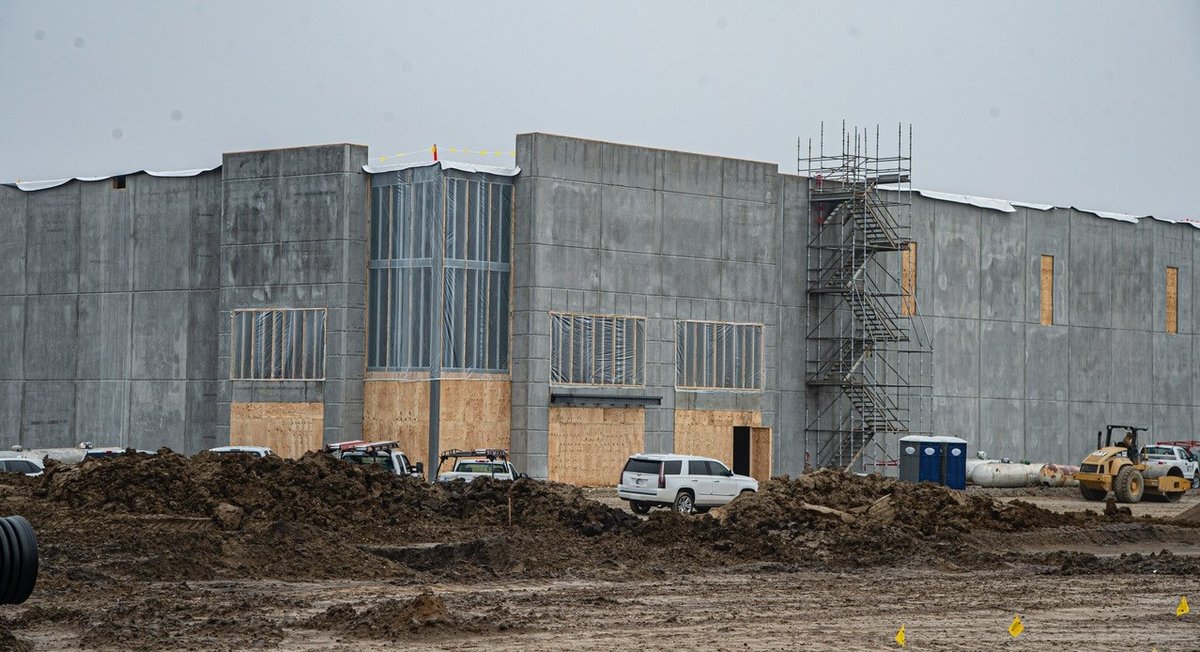 Amazon plans new Indianapolis-area distribution facility with up to 1,000 employees

Amazon Inc. plans to open a new distribution center in Hancock County that could employ anywhere from 800 to 1,000 people.

The Seattle-based e-commerce company, which already has a hefty presence in central Indiana, plans to occupy a 660,384-square-foot building already under construction at 4498 W. County Road 300 N., northwest of Greenfield.

The permit also indicated about 1,000 people would be employed at the center. Sources familiar with the project told IBJ employment is expected to include about 800 full-time workers and hundreds more during the holiday season.

Amazon confirmed the plans in an email on Monday afternoon after IBJ initially published this story.

“Amazon is excited to announce our continued investment in Indiana with a new operations facility in Greenfield,” the company said in written remarks. “More than 800 new, fulltime employees will receive and ship products to other Amazon fulfillment centers in the network.”

The company said, in addition to a minimum wage of $15, employees will receive a comprehensive benefits package with full medical, vision and dental insurance, a 401(k) and up to 20 weeks of paid maternal and paternal leave.

The Hancock County fulfillment center will be owned by Indianapolis-based firm Ambrose Property Group, which began construction on the $78 million structure in November. Much of the building’s shell appears to have already been completed. The permit—filed by the Phoenix office of international architecture firm DLR Group—does not say how much Amazon will spend to build out the facility.

Last year, Amazon opened an $80 million distribution center in Greenwood, which is expected to employ up to 1,250 people by the end of 2021.

The building is part of a 166-acre project known as the Mount Comfort Logistics Center, which will have four properties ranging from 200,000 to more than 800,000 square feet. The site is just north of Interstate 70 and about one mile east of Mt. Comfort Road.

Each building received a 10-year tax abatement from the Hancock County Council in October, though it is not clear how much Ambrose stands to save in property taxes from the breaks.

A spokesperson for the Indiana Economic Development Corp. said the state is offering Amazon up to $3.8 million in conditional tax credits for the project. The credits are performance based, meaning the company must make hires before it can claim the credits.

The IEDC also plans to offer Hancock County up to $500,000 for infrastructure improvements at the site.  Both incentives must still be approved by the IEDC’s board of directors.

The project sits on the north side of County Road West 300 North, across from another industrial development with operations for Tsuda USA and University Loft Co.

Ambrose declined to comment for this story. Local officials did not immediately respond to calls and emails requesting comment.

The company also has warehousing facilities in Indianapolis, Plainfield and Whitestown, along with Jeffersonville.