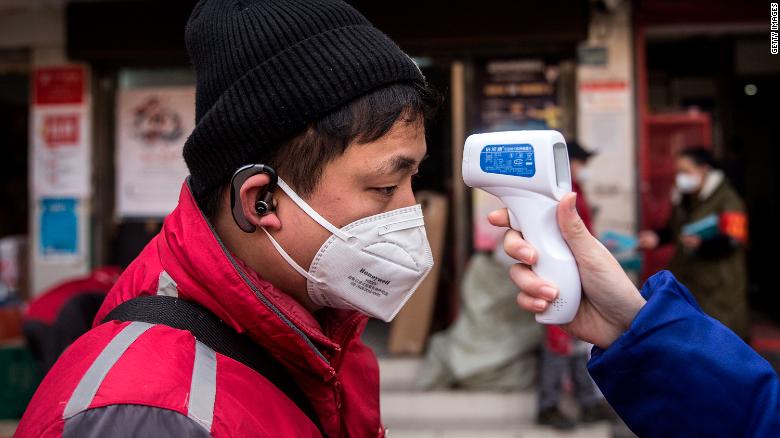 In December 2019, an outbreak of an unknown coronavirus began circulating in Wuhan, China—and now, federal officials have confirmed that 11 cases of the 2019 novel coronavirus (2019-nCoV) has been diagnosed in the US, including human-to-human transmissions of the virus.

According to the most recent data from the Centers for Disease Control and Prevention (CDC), the US currently has 11 confirmed cases of 2019-nCoV, which have been found in Chicago, Washington state, southern California, Massachusetts, and Arizona, per The New York Times. Even more in the US are still under investigation by the CDC.

Since it was first discovered, more than 17,000 people have been infected with the novel coronavirus worldwide, and 362 people have reportedly died as a result of it. While all but one of the deaths have occurred China, the virus is sweeping the globe, being reported in at least 23 countries worldwide. Because of the large number of people infected with the virus across various countries, the World Health Organization announced Tuesday the novel coronavirus as a “Public Health Emergency of International Concern” (PHEIC), or a global health emergency.

News seems to be getting more worrisome by the day, but what exactly is a coronavirus—this one in particular—and how worried should you be about it?

What do we know so far about this novel coronavirus?

This strain of novel coronavirus has never before been identified in humans. The WHO explains that they were first informed of cases of pneumonia of unknown etiology (unknown cause) detected in Wuhan City, Hubei Province of China on December 31. They identified the cause as a novel coronavirus on January 7.

“What we know is it causes pneumonia and then doesn’t respond to antibiotic treatment, which is not surprising, but then in terms of mortality, SARS [another type of coronavirus] kills 10% of the individuals,” Scientist Leo Poon, a virologist at the School of Public Health at The University of Hong Kong, who first decoded the virus, told CNN.

According to the WHO, the clinical signs and symptoms of 2019-nCoV are mainly fever, with a few patients having difficulty in breathing, and chest radiographs showing invasive lesions of both lungs.

Another important piece of information: Per the CDC, many of the patients in the outbreak in Wuhan, China have reportedly had some link to a large seafood and animal market, suggesting animal-to-person spread. Still, a growing number of patients have reportedly not had exposure to animal markets, suggesting limited person-to-person spread may be occurring.

RELATED: How Quickly Can You Really Catch an Illness on an Airplane—and How Much Should You Worry?

Okay, well what are coronaviruses in general?

So, coronaviruses are a large group of viruses that are most common among animals—but sometimes, those viruses can be transmitted between animals and humans (known as zoonotic viruses). According to the World Health Organization, those coronaviruses—which can first be passed from animals to humans, and then from humans to other humans—can cause illnesses ranging from the common cold to more severe diseases such as Middle East Respiratory Syndrome (MERS-CoV) and Severe Acute Respiratory Syndrome (SARS-CoV).

The CDC maintains there are seven different types of coronaviruses that can infect humans (most of which are known simply by a combination of letters and numbers): 229E, NL63, OC43, and HKU1. Those common coronaviruses are often characterized by respiratory symptoms like fever, cough, shortness of breath, and breathing difficulties. However, three other coronaviruses in history—including 2019-nCoV—have developed into more serious conditions.

Severe Acute Respiratory Syndrome Coronavirus (SARS or SARS-CoV) is likely the most notable coronavirus in recent history. The virus was responsible for a worldwide 2002-2003 outbreak, during which there were more than 8,000 probable cases, including 774 deaths, per the CDC. Fortunately, there have been no known cases of SARS reported anywhere in the world since 2004.

Aside from SARS and 2019-nCoV, Middle East Respiratory Syndrome Coronavirus (MERS-CoV) is another dangerous coronavirus that has caused illness in people from dozens of countries, starting in 2012—most cases of which have been linked to countries in or near the Arabic Peninsula. The CDC is currently closely monitoring MERS-CoV to better understand the virus.

RELATED: Here’s the Difference Between MERS and Ebola

According to the WHO, common signs of infection for coronaviruses include respiratory symptoms, fever, cough, shortness of breath and breathing difficulties. In more severe cases, infection can result in pneumonia, severe acute respiratory syndrome, kidney failure and even death.

Unfortunately, at this time there is no vaccine or known treatment for any coronavirus. The CDC suggests treating the illness similarly to a cold—aka, getting lots of rest, drinking plenty of fluids, taking pain and fever medication, and using a humidifier, while you wait for the illness to resolve on its own (which, in many cases, will happen).

As with any illness, the CDC recommends standard practices to prevent the virus from spreading, which includes regular hand washing, covering mouth and nose when coughing and sneezing, thoroughly cooking meat and eggs. Also, avoid close contact with anyone showing symptoms of respiratory illness such as coughing and sneezing.

Luckily, however, 2019-nCoV is not a worldwide threat—yet, at least. The WHO has not recommended any travel or trade restrictions, so it’s up to the public right now to practice safety while traveling or coming into contact with others.

To get our top stories delivered to your inbox, sign up for the Healthy Living newsletter