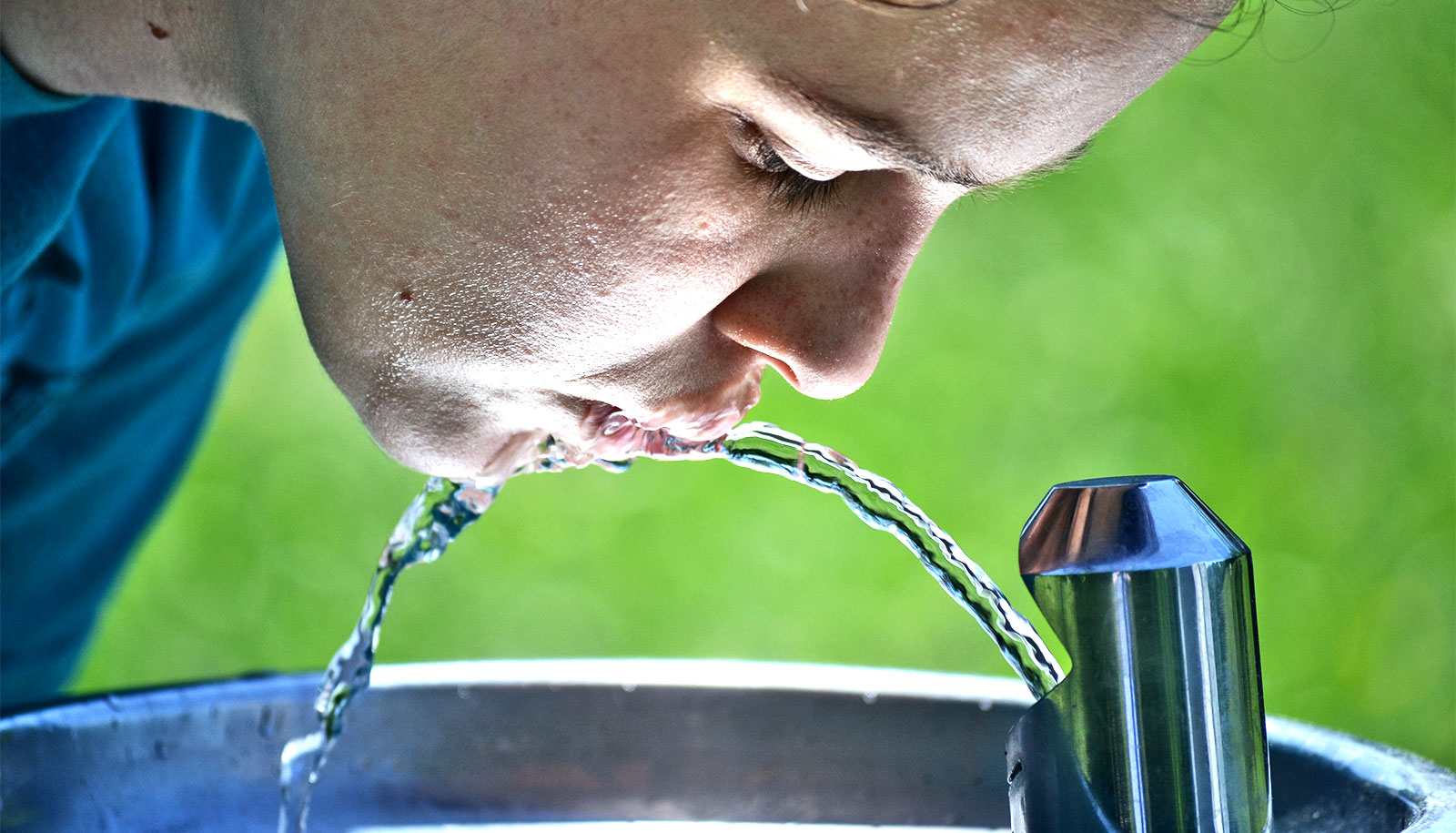 “There’s no doubt that chlorine is beneficial; chlorination has saved millions of lives worldwide from diseases such as typhoid and cholera since its arrival in the early 20th century,” says lead author Carsten Prasse from, an assistant professor of environmental health and engineering at Johns Hopkins University.

“But that process of killing potentially fatal bacteria and viruses comes with unintended consequences. The discovery of these previously unknown, highly toxic byproducts, raises the question how much chlorination is really necessary.

Phenols, which are chemical compounds that occur naturally in the environment and are abundant in personal care products and pharmaceuticals, are commonly found in drinking water. When these phenols mix with chlorine, the process creates a large number of byproducts.

“THE DISCOVERY OF THESE PREVIOUSLY UNKNOWN, HIGHLY TOXIC BYPRODUCTS, RAISES THE QUESTION HOW MUCH CHLORINATION IS REALLY NECESSARY.”

Current analytical chemistry methods, however, can’t detect and identify all of these byproducts, some which may be harmful and can cause long-term health consequences, says Prasse.

In this study, Prasse and colleagues employed a technique commonly used in the field of toxicology to identify compounds based on their reaction with biomolecules like DNA and proteins. They added N-α-acetyl-lysine, which is almost identical to the amino acid lysine that makes up many proteins in our bodies, to detect reactive electrophiles. Previous studies show that electrophiles are harmful compounds which have been linked to a variety of diseases.

The researchers first chlorinated water using the same methods used commercially for drinking water; this included adding excess chlorine, which ensures sufficient disinfection but also eliminates harmless smell and taste compounds that consumers often complain about. After that, the team added the aforementioned amino acid, let the water incubate for one day and used mass spectrometry, a method of analyzing chemicals, to detect the electrophiles that reacted with the amino acid.

Their experiment found the compounds 2-butene-1,4-dial (BDA) and chloro-2-butene-1,4-dial (or BDA with chlorine attached). BDA is a very toxic compound and a known carcinogen that, until this study, scientists had not detected in chlorinated water before, says Prasse.

While Prasse stresses that this is a lab-based study and the presence of these novel byproducts in real drinking water has not been evaluated, the findings also raise the question about the use of alternative methods to disinfect drinking water, including the use of ozone, UV treatment, or simple filtration.

“In other countries, especially in Europe, chlorination is not used as frequently, and the water is still safe from waterborne illnesses. In my opinion, we need to evaluate when chlorination is really necessary for the protection of human health and when alternative approaches might be better,” says Prasse.

“Our study also clearly emphasizes the need for the development of new analytical techniques that allow us to evaluate the formation of toxic disinfection by-products when chlorine or other disinfectants are being used. One reason regulators and utilities are not monitoring these compounds is that they don’t have the tools to find them.”

The researchers’ findings appear in Environmental Science & Technology. Additional coauthors are from the Swiss Federal Institute of Aquatic Science and Technology and the University of California, Berkeley.

Funding for the study came from the US National Institute for Environmental Health Sciences Superfund Research Program at the UC Berkeley and internal funding from Johns Hopkins.